Information for visitors to France 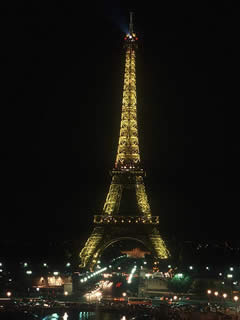 To dial a French phone number from outside France: use the international country code (0033), then the last 9 digits of the 10 digit number (omit the leading 0).

To make an international call from France: dial the international country code (0044 for the UK) then omit the leading zero and dial the remainder of the full phone number.

Most telephone booths now take phonecards (télécartes). Buy it from Post-Offices, Tobacconists (Tabac), Newsagents and where advertised on telephone booths. Many will accept credit cards.

Calls can be received at phone boxes where the blue bell sign is shown.

The French mobile phone operators offer good coverage in urban areas but it can be sketchy in rural areas. Find out from your own operator which French network to choose so that you can use your mobile phone in France, also ensure you have international calling enabled by your operator.

3 volume PDF E-Book with over 100 sections taking you from basic French phrases, through grammar and language structure to colloquial expressions, abbreviations and slang.

An invaluable resource for anyone planning to visit France.

Mail boxes: in France are coloured yellow and can be found in every Post Office and along the street. Collection times are displayed on them.

You can buy stamps at any Post Office or tobacconist. Postage costs vary according to the weight of your mail and its destination. All rates at www.laposte.fr

You can arrange for letters to be sent for collection in the town you will visit. The letter should be addressed to

Your Name(as it appears on your identification papers)
c/o Poste Restante,
Poste Centrale.
The town the letter is to be collected, Include the Postal Code if you know it
France

There is a small fee for this service and you will need proof of identity.

Until 2002/3 broadband access in France was limited to one supplier, France Telecom, since then several alternative operators have sprung up offering differing levels of service. There is much competition giving the consumer a great choice and with a little shopping around you should be able to have broadband installed for about half the price of an equivalent service in the UK.

There are many national and international Internet dialup services in France. The majority offer free (for the cost of a local call) access. You will have heard of some of the companies offering dialup access, you may already be subscribed with one of them, Tiscali, Wanadoo and WorldOnline come to mind.

Internet Cafes are becoming common place and can be found in most towns throughout France. Many tourist offices offer use of computers. Rates may vary, but you will be charged according to the amount of time spent using the computer.

To find an Internet Cafe ask the local tourist office.